This day in history – April 1

oday in 1945, U.S. troops landed in Okinawa after the loss of 116 planes and damage to three aircraft carriers, 50,000 U.S. combat troops of the 10th Army, under the command of Lieutenant General Simon B. Buckner Jr., land on the southwest coast of the Japanese island of Okinawa, 350 miles south of Kyushu, the southern main island of Japan.

While Americans landed without loss of men, they would suffer more than 50,000 casualties, including more than 12,000 deaths, as the Japanese staged a desperate defense of the island, a defense that included waves of kamikaze (“divine wind”) air attacks. Japanese casualties numbered some 117,000.

This day in hist 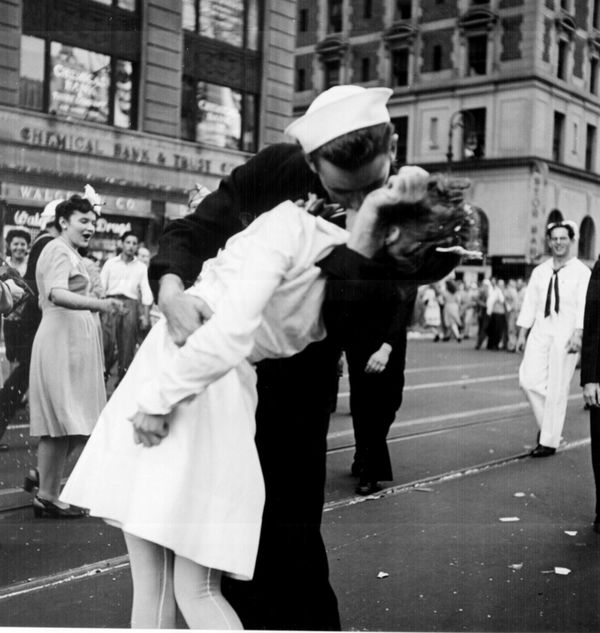 Today is V-J Day—Although it was August 15, 1945 in Japan, when Japan surrendered without condition ending World War II, it was August 14, 1945 in the United States when this event occurred.

New York City celebrated Japan’s surrender of Japan with a joy not seen for a generation.

People threw anything and kissed just anybody in Times Square.

This day in history – August 13

Today, in 1898 U.S. forces capture Manila under Admiral George Dewey in the Spanish-American war.  In 1897, with the help of strong allies such as the Assistant Secretary of Navy and Teddy Roosevelt, Dewey became the commander of the Asiatic Squadron.  Roosevelt helped in supplying Dewey with guns, ammunition, and other needed supplies so that his fleet would be prepared if war broke out with Spain. Now prepared for battle, on May 1, 1898 Admiral Dewey launched his attack using water-mines and firing shore batteries, on Admiral Patricio Montojo’s slow and under-supplied Spanish squadron at Cavite in Manila Bay causing numerous casualties. Dewey and his troopers secured the bay until General Wesley Merritt’s unit arrived in August.

“You may fire when you are ready, Gridley.”   — George Dewey

This day in history – August 9 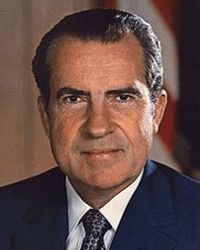 On August 9 in 1974, the 37th President of the United States, Richard Nixon resigned from his presidency. President Nixon took his seat during the Vietnam War and reaching an agreement with North Vietnam that ended military involvement and ended the draft. He also established the Environmental Protection Agency.

With the Watergate scandal bruising Richard M. Nixon’s reputation and impeachment proceedings underway, Nixon finally gave in to the pressure from the public and Congress to leave the White House, Nixon addressed the nation that he had the intention of being the first president to resign from office.

“By taking this action,” he said in a solemn address from the Oval Office, “I hope that I will have hastened the start of the process of healing which is so desperately needed in America.”

By noon on August 9, 1974, Nixon had resigned from office and boarded the helicopter with his family from the White House lawn he smiled farewell and enigmatically raised his arms in a victory or peace salute. The helicopter door was then closed, and the Nixon family began their journey home to San Clemente, California.

This day in history – August 8

Today, August 8, 1908 the Wright Brothers’ took their first public flight out of a racecourse at Le Mans, France.

This day in history – August 7

Today is National Purple Heart Day – August 7, 1782 George Washington the Commander-in-Chief of the Centennial Army, created the Purple Heart.  The Purple Heart was known then as a Badge of Merit and awarded to three Revolutionary soldiers in 1783. 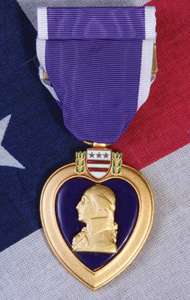 After the Revolutionary War there were no other medals awarded until 1932 after the medal was revived on the bicentennial of George Washington’s birth.

The Purple Heart is a heart shaped purple medal with a gold border. The front has a profile of George Washington, and the back has the words “for military merit” inscribed on it. The medal is attached to a piece of purple silk with a silver border.  The Purple Heart Medal is a symbol of bravery and according to a circular date February 22, 1932, was to be awarded to those wounded or killed while serving in the United States Armed Forces as a result of enemy action on or after April 5, 1917.

It is currently estimated that 1.8 million Purple Hearts have been awarded since 1932. The Purple Heart is also given to military personnel who display bravery and valor as prisoners of war and while fighting certain types of domestic terrorists.

A special thank you to the Men & Women of our Armed Forces!

Sounds of the Season – Fort Reno Firing of the Christmas Guns